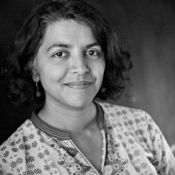 Simmy Gupta is the co-founder and co-artistic director of Nutkhut.
Born in England of Indian origin, Simmy trained in the 500-year-old tradition of Kathak (North Indian Classical dance). Her training began with the renowned Kathak dancer, teacher and choreographer Nahid Siddiqui and Simmy soon joined her company in 1993, to tour nationally and internationally.
As a dancer and choreographer, Simmy’s work has spanned theatre, film, television and fashion. Highlights include her role as assistant choreographer of Birmingham Royal Ballet’s production of ‘Krishna’, guest choreographer for the Royal Shakespeare Company’s production of ‘Midnight’s Children’ by Salman Rushdie and choreographer for a spring/summer collection for Diesel Clothing Company.
Simmy was also commissioned by the Greenwich and Docklands International Festival to choreograph a South Asian dance piece at Trafalgar Square in London, as well as choreographing the televised opening of the Square with the Mayor of London. In 2003, Simmy founded Nutkhut with Ajay Chhabra.

Ajay Chhabra is the co-founder and co-artistic director of Nutkhut.
A British actor, director and producer of Indo-Fijian heritage, Ajay was born and raised in London and Kent and has a passion for the arts and utilising art to engage in themes about identity, history and memory.
Before turning to the arts for his professional career, Ajay worked in the Hotel and Events sector. He studied Anthropology at Goldsmiths College, University of London and Hospitality Management at Westminster Hotel School and the University of North London. He trained at the Grosvenor House Hotel and Beck Hotels in Austria, before completing his training at the University of Innsbruck. Moving into the arts sector, Ajay directed and performed for the Diesel Clothing Company in Italy, Greece, Holland, Germany and Denmark, bringing together fashion and theatre by creating a theatrical presentation of Spring/Summer collections with catwalk models, classical dancers and actors. 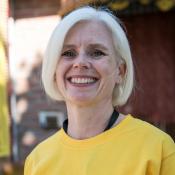 Emma Dyos is the general manager at Nutkhut.
Emma has been with Nutkhut since 2012 focusing on managing the business on a day to day basis. Her background is as an office manager and production manager within the arts sector. When she first started out in the industry, Emma was a performer before developing into management and production roles for various theatre companies across the UK.
The role Emma undertakes means she will often be found working across multiple Nutkhut projects including past events such as Nutkhut’s 10th Anniversary celebrations at the Houses of Parliament and Navrattan touring several Melas around the UK.

Ellie Newland is the Learning and Engagement Manager for Nutkhut.
Graduating from the University of Wales and holding a PGCE from Brighton University, Ellie is passionate about arts and education. Career highlights from Ellie include working as executive producer of Brighton Fashion Week, workshop lead at the Victoria and Albert Museum and 3D Talisman Project with Our Future City. Ellie plays a central role in developing the learning and engagement activity for Nutkhut and our various projects that incorporate educational outreach. Most recently Ellie worked on our arts and heritage projects, Never Set Eyes, Dr. Blighty and Girmit. 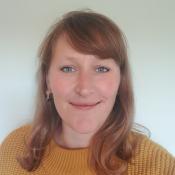 Louise has been working in arts, events and stage management since graduating from Wimbledon School of Art in 2006. Having gained experience worldwide with various creative arts companies, Louise’s journey with Nutkhut began in 2016, as project manager on the first part of the Defining Moments project, Dr Blighty. She is currently steering the final part of the trilogy, Girmit; which has turned lockdown on its head and moved arts and heritage into multi-dimensional cyber space. 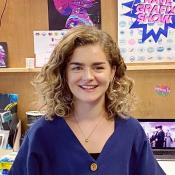 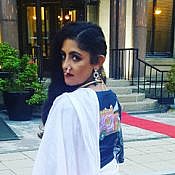 Sba is an artist, creative entrepreneur, educator and trustee at The William Morris Gallery. Her background is in education and through her practice as an artist, she explores ‘The differing Personas of Mehraj’, which is an ongoing artistic journey that explores the many facets of her personality, interests, and passions - as well as her Muslim Indo/British heritage. 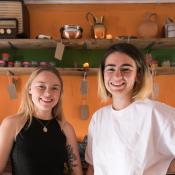 Abby and Alice are creators though the medium of Set Design. They make environments that people can be in, that tell stories and rely on the audience being active and having agency. They provided the concept and design for Never Set Eyes taking it from a container installation to an exhibit at the V&A in London. 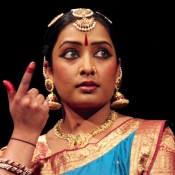 Bhagya Lakshmi is a Bharatanatyam dancer and choreographer who works closely with Nutkhut on outdoor events as well as other dance projects.
Bhagya started learning bharatanatyam with her father Guru Shri R V Thyagarajan. She also trained in carnatic music and has performed in Singapore, France, Spain, India and the UK. 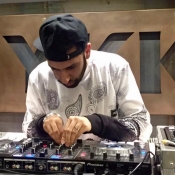 Swifty Beats is an East London-based DJ and music producer who works with Nutkhut on various projects. Swifty Beats has a strong focus on incorporating musical aspects of his family heritage into his collaborative work. He has a background in Mathematics and often uses music as a motivator to explain complex mathematical theories, as he says, “music has its own formulas and numbers.” His family background connects him to both East Africa, namely Kenya via his paternal parents and grandparents, and North India and Punjab via his maternal family.

Neran Persaud is as an artist, producer, director and collaborator working across everything from community arts to stand-up comedy, sketch shows and professional main-stage productions and supports Nutkhut with different projects. Neran’s family background is Indian Guyanese and South African and he draws on this rich heritage in his work.

Hayley Madden is an associate photographer for Nutkhut.
Hayley’s photographic career started while working for NME during the notorious Britpop era. Since then, Hayley has been working in the music business for over 20 years and has shot everyone from Oasis to Beyoncé. In 2001, she was contacted by the then Mayor of London, Ken Livingstone to cover events such as the Royal Opening of City Hall, The Olympic Bid and countless cultural events which led to introductions to various organisations including The Royal Collection, The Poetry Society, Bishopsgate Arts and, of course, Nutkhut. 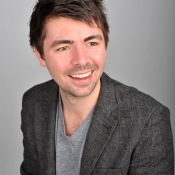 Rich Peppiatt is a storyteller who works alongside Nutkhut on various projects.
Rich is a comedian and can be found writing, performing and filmmaking. He has a passion for making people laugh and has been working with Nutkhut for years, bringing his love of comedy to audiences across the nation.

Tarik Ahmet is an associate photographer for Nutkhut.
Tarik has worked in photography for over ten years and works with Nutkhut to capture creative events as they happen. 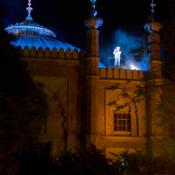 Ben Raine is an associate production manager with Nutkhut with a breadth of experience producing and managing theatre, music and large-scale outdoor performances. With a music industry background Ben is a keen musician and composer and you will often find him in the role of sound engineer as well as managing touring bands. 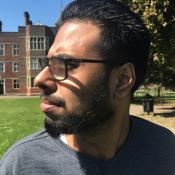 Uzair Sayed originally joined Nutkhut as social media co-ordinator and now works on various Nutkhut projects as an associate artist. Uzair graduated from the University of Bedfordshire in 2015 with a degree in Broadcast Journalism and is also newsreader for Lyca Radio.

Bonny is a Coventry based Filmmaker with experience creating films within public relations and the communications industry. With a background in Art and Design, his commissioned work has been displayed at Tate Britain, London and his film making has seen him achieve the Royal Television Award for Best Online Promotional Film.

Nutkhut’s mission is to bring to life awe-inspiring stories of the British South-Asian experience, through joyous and playful world-class performances and installations.

A London-based performing arts company led by co-Artistic Directors Ajay Chhabra and Simmy Gupta, Nutkhut has been working extensively around the UK and abroad since 2003. Nutkhut produces high quality cross-disciplinary work for site-specific contexts, with a particular focus on creating commissioned work for the outdoor sector and tours regularly to festivals, melas and special events.

Often inspired by historical people and places, Nutkhut’s productions are designed to encourage public participation and interaction. Nutkhut tells universal stories that lift the spirit, bringing people together to celebrate a shared experience with a truly mischievous and distinctly British eccentricity.

Supported by a dynamic and diverse team of associate artists, producers and managers, Nutkhut is dedicated to life-long learning and talent development, designing and delivering opportunities for young people in formal and non-formal settings, with educational bodies as strategic partners and by supporting emerging artists and producers to grow. Nutkhut also deliver public talks and presentations across the creative and cultural industries as a way of sharing best practice in interdisciplinary and intercultural work.

Nutkhut is unique in its accessibility, its humour and joyfulness, delighting audiences across the UK and contributing to the development of the outdoor sector in modern Britain since 2003.

A Warm Hello
&
Welcome to

*please wipe your feet on the mat.

We are very social creatures